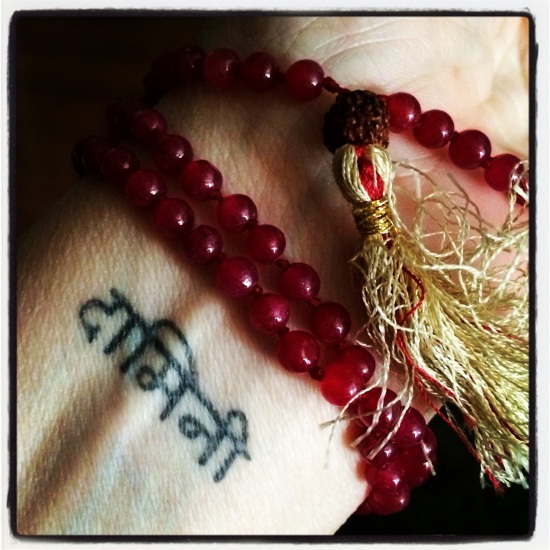 I really, really want to say I love my arms, but I started shaming them into ¾ length and long sleeve shirts so long ago I don’t even know what they look like.

At some point in the recent past I realized my upper arms were not going back to where I found them in high school. They were not rock hard and sculpted. They were thicker than the business end of a baseball bat, and they had somehow acquired an apron.

So no, I don’t love what my arms LOOK like. From the elbow to the wrist they’re not too shabby. It’s the armpit to the elbow that is most troubling.

I do, however, love the capabilities of my arms. They are masters at holding stuff. Often too much stuff. I cannot leave a single bag of groceries in my trunk for a second trip, they must be stacked and strung on either arm, to the extent that my shoulders have threatened to break up with them over and over again. They pick up more than the rest of me can handle, because sometimes they like to show off. What they lack in beauty, they make up for in attitude.

But they have a softer side too. They have held many wonderful things: babies, puppies, kittens, loved ones, books, camera equipment, a yoga mat and my laptop. They have hugged the hump of a camel, the trunk of an elephant and the neck of a horse. They have do-si-doed, walked arm-in-arm and escorted a friend or two to a safe place to “sleep it off.”

They have allowed me to console and congratulate. They have surrendered blood when needed and endured the weight of my body in handstand or plank.

They’re a great place for sparkly, dangly and shiny bracelets and once upon a time they adored interesting watches. Today, they are mostly bare, teaching yoga has removed the desire to adorn them all the time, but on occasion a meaningful mala may find its way there. In India they were blessed twice and wrapped with string by a Hindu priest.

At the end of my left arm, at the wrist, I have permanently inscribed my Sanskrit name – Damini. It means lightning and when I’m feeling less than powerful it’s a reminder that I am a force of nature.

Other than that, there’s very little visible history located on my arms. A polio vaccine scar the size of nickel I received as a young child and less than a handful of tiny thin white lines here and there indicating some run in with something sharp. Overall they are mostly plain and useful.

On an energetic level, the arms are connected to the heart chakra, so any issues in the arms may be related to the inability to receive or give unconditional love. To others, as well as the self. Especially the self. Yourself.

So give yourself a big hug. Wrap those suckers around your beautiful body and squeeze. And when you’re done with that find someone else or something else to hug. It’s good for the soul. It’s good for humanity.

“A mother’s arms are made of tenderness and children sleep soundly in them.” – Victor Hugo